Apple just announced their “Back to the Mac” event happening on October 20th, 2010.
The only hint at new features leaked to the press refer to a job posting. As is usual with Apple, the posting is about a “revolutionary” feature that will take over the world as we know it. Except, it’s Apple. We believe them when they say it.

So what is this revolution we will soon be dealing with? Well, your guess is as good as mine but I have a feeling we are talking about an app store for OS X.

OS X has been missing an official package manager for the longest time, and a common place to buy/download/find new packages or “apps” makes sense in that regard.

Also, Apple, great as they are at finding the honey pots, must definitely drool at the idea of recreating the app store craze, only this time on the desktop/laptop OS market. 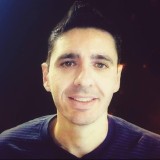 I actually read yesterday that Steve Jobs had actually denied this would happen, back in April… so I guess I’m wrong 🙂

I guess I had it right, then 🙂